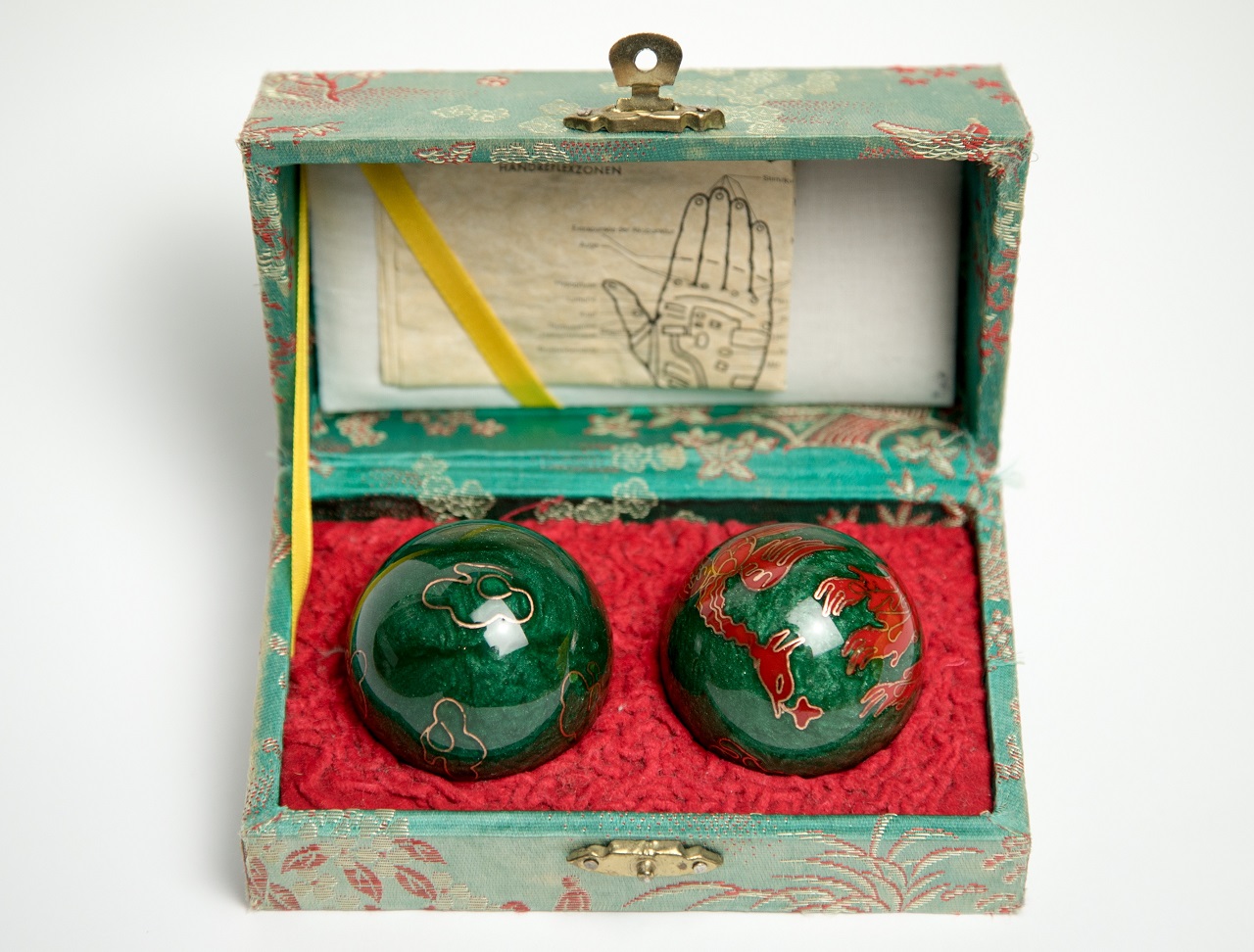 These simple devices, which have a healing effect on the body, are used in Oriental medicine for over six centuries. They appeared in China (Ming Dynasty), from there they spread to the neighboring Korea, Japan, Tibet, Central Asia, then to Europe (Holland) and all over the world. With a high degree of probability we can assume that the first Health Balls were either pebbles of a suitable shape, or walnuts, or chestnut fruits.

It was not until later, when the method became more popular. The balls of Health began to be milled from jasper and rock crystal, cast from copper, iron and other metals and alloys, make them hollow and “give a voice”. The famous physician of antiquity, Abu Ali Ibn Sina, strongly recommended many sick people to use the Chinese massage balls.

The health-improving effect of the Balls of Health on the body is explained by their influence on the central nervous system through reflexogenic zones – particularly sensitive active points, which exist on the fingers and palms (as well as on the feet, on the auricles, and in other places). Gentle massage of these points, performed regularly, has a good preventive effect – strengthens the body, as well as a therapeutic effect – for very many diseases.

In addition, exercising with the Balls is also an excellent exercise for the fingers, strengthening the muscles of the hands and forearms, developing the joints and ligaments. Inside the balls contain small steel balls, which, rolling, create a vibration; it has a beneficial effect on the nerve endings.

Exercises with the Balls, which can be performed many times during the day, help to find a state of mental balance, relieve emotional stress and quickly get rid of mental fatigue. With the help of Balls of Health a person learns to concentrate attention, strengthens memory, develops strength and dexterity of the fingers.

Exercises with Balls of Health can be useful in the complex treatment of the following diseases:

With the help of Balls of Health you can also significantly reduce the time of rehabilitation after hand and spinal injuries.

Especially recommended to perform exercises with Balls of Health people whose way of life can not be called mobile, whose profession requires attention and good memory, people who often have to deal with stressful situations, as well as those whose work is connected with the work on all kinds of keyboards – musicians, programmers, typists, etc.

It is not necessary to throw the ball high; up to one meter is enough. When the ball falls on the palm, it affects one or another reflexogenic zone. Make 25-30 tosses with each hand.

Squeezing of the ball.

Place the ball in your palm, cover it with your other hand and squeeze firmly, being careful not to feel pain. Squeeze the ball in this way for 10-15 seconds.

The ball is placed in the middle of the palm and the hand is squeezed. Keep your hand in compression for up to a minute. If there is a sensation of breaking in the palm, it’s good. Pain should be avoided. Do the same with the other hand.

It is necessary to put a ball on one palm, cover it with another palm and roll it between palms in different directions. The duration of this exercise is 35 minutes or more.

Grip the ball with the thumb and index finger.

Place the ball on the edge of the palm, firmly grasp it with thumb and forefinger and squeeze strongly.The duration of the exercise is up to one minute. This exercise stretches the fingers somewhat at the joints. Perform the same exercise with the other hand.

Two balls are needed for this exercise (three or even four balls can be used). They are placed in the middle of the palm of the hand and with the help of the directed movements of all five fingers they rotate relative to each other. In this exercise, the balls gently and harmoniously massage practically all known reflexogenic zones of the palm and fingers. The exercise is performed alternately in different directions – clockwise and counter-clockwise. If necessary, the duration of the exercise may be long – an hour or an hour and a half.

Squeezing the ball with the fingertips.

Take the ball with the tips of all five fingers (full pinch) and squeeze strongly. Hold so for 12-15 seconds. Then do the exercise with the other hand. The fingers in this exercise can be held both straight and bent (like the claws of a bird of prey).

Squeezing the ball with two fingers.

Take the ball with the tips of your thumb and forefinger and squeeze with such force that the fingers slightly bent. Hold it for 12-15 seconds, and then repeat the exercise with fingers of the other hand.

Exercises that develop flexibility, strength and dexterity of the fingers

Rolling of the ball on the fingers.

The ball is held with the thumb and the little finger. With a directed motion of the thumb, the ball rolls from one finger to the other to the index finger, and then moves in the opposite direction. It is recommended to roll the ball alternately on all phalanges of the fingers. The duration of the exercise may be from a few minutes to a quarter of an hour.

Place the ball in the middle of the palm and, alternately, grasp it with one of the fingers and squeeze as hard as this finger can. Start the exercise with the thumb and end with the little finger. It is enough to do 3-5 squeezes with each finger.

In conclusion, exercises with Balls of Health are great for people of all ages (they are especially enjoyed by children, who perceive these exercises as a game and the Balls as a toy). These exercises do not need to be tied to a daily schedule, you can do them whenever you have some free time, at home, at work, on a trip, etc.

Compact Balls of Health can always be kept with you or used instead of them objects of suitable shape and size: stones, walnuts, chestnut fruits, etc.